With the blister made by IBERFOIL are all advantages

IBERFOIL aluminum coils are manufactured under the highest quality standards and the most rigorous processes, for this reason they are the perfect way to protect medicines and vitamines.

The blisters made with aluminum from IBERFOIL have many advantages:

The IBERFOIL aluminum thanks to its high sealing and preservation properties, its sterilization and the guaranteed quality is the perfect product to pack the medicines in a hygienic, clean and protected way.

IBERFOIL, Quality and Safety for the Most Demanding Markets.

The students of the Biello Aragón institute visited IBERFOIL

During the visit, they were accompanied by our qualified personnel and saw the electric, electronic and all the automatism equipment we have in our factory. They also had the chance to visit the new aluminium rolling mill “Edelweiss” working at full capacity. This visit was the perfect opportunity to make a contact with the professional world which they are preparing for.

IBERFOIL based its human resources policy in the approaching students to the professional experience, in order to bring them a look of the working reality, practicing the skills they learn in the degree programs they are studying. During their visit they realized that there are some old colleagues working with us in IBERFOIL.

IBERFOIL, is specialized in aluminium foil lamination, with a large industrial capacity and advanced technology, offering a complete and real learning to the future workers.

The IBERFOIL aluminum coils are manufactured under the highest quality standards and the most rigorous processes so that they reach your kitchen with all the guarantees.

It’s folding, resistance and sealing high properties, will prepare your dishes uniformly, faster, with more flavor and without spills. The IBERFOIL Foil keeps your food warm  and does not generate odors or flavors, preventing also any bacteriological growth, which is why it is super safe for your kitchen and your family.

IBERFOIL ,maximum quality for the most demanding customers.

Cook with the IBERFOIL aluminium is a sure hit. 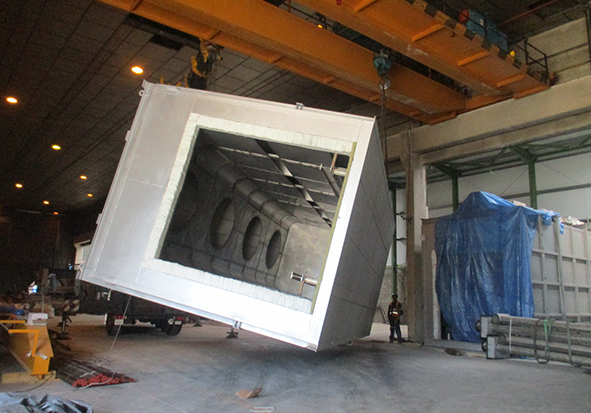 IBERFOIL Aragón has received in its factory in Sabiñánigo (Huesca) the second annealing furnace for aluminum coils which is part of the new production line that the company is building and which will allow to triple its current manufacturing capacity.

As happened with the twin piece, which arrived at the factory last May 11th , it is an element of 10 meters long, 4.70 meters wide and 4 meters high, with the capacity to hold up to four coils of Aluminum with a total maximum weight of 46 tons. Its extraordinary size, 30% higher than any other oven with similar characteristics, make it the largest in Spain for the aluminum rolling process.

Its design and construction has been carried out by the Madrid company HEA, specialized in the design and production of high technology components for the aeronautical industry, and its manufacture has been materialized in Zaragoza by the company Rapa Caldedería and Montajes.

Its transfer to Sabiñánigo has again required the use of a special vehicle of 26 meters long, whose path has been supervised and coordinated by the Traffic Police.

The entrance of the convoy to the factory of IBERFOIL was realized by the Avenue of Huesca from the Cabañera. Once inside the enclosure, the furnace was unloaded in the ship 6 with the help of a 40 ton crane and the crane bridge enabled last March in this space.

In the transfer and unloading operations specialized personnel of HEA, RDI and Archanda participated, under the supervision of the technical staff of IBERFOIL.

Once the process of expansion of the facilities is completed, IBERFOIL will triple its total production capacity, which currently stands at 20,000 tons per year. The company plans to add another 40,000 tons to its current capacity, reaching a total of 60,000 tons per year of finished product.

IBERFOIL receives the largest oven ever built in Spain

IBERFOIL Aragón, the aluminum foil rolling mill, part of the Alibérico Group, received today at its factory located in Sabiñánigo (Huesca) the largest furnace ever built in Spain for the annealing of aluminum coils, which will form part of the new production line.

The furnace will be able to house up to four coils of aluminum with a total maximum weight of 46 tons. Its capacity is 30% higher than any other similar furnace that exists in Spain in this type of aluminum rolling process.

The design and construction of this kiln, first of the two contracted by IBERFOIL Aragón, has been carried out by the Madrid company HEA, specialized in the design and production of high technology components for the aeronautical industry, and its manufacture has materialized in Zaragoza by the company Rapa Caldedería and Montajes.

The transport from Zaragoza to Sabiñánigo of this voluminous piece of 10 meters long, 4.70 meters wide and 4 meters high, has been made in a special vehicle of 26 meters long, which has required the deployment of a special device Coordinated by the Traffic Police.

IBERFOIL is currently facing a process of expansion of its facilities, which involves an investment of 15 million euros, with an objective of tripling its total production capacity, which currently stands at 20,000 tons per year. IBERFOIL will add another 40,000 tons to its current capacity, reaching a total of 60,000 tons per year of finished product.

“The reception of this piece represents a milestone for our company, which faces the final stretch of the enlargement process, and confirms the good rates of regeneration of industrial and economic activity in Spain,” says Clemente González Soler, president of IBERFOIL Aragón and the Alibérico Group.

IBERFOIL Aragón is part of Alibérico, the first Spanish private group and the first European family group manufacturer of semi-processed aluminum products, with a strategy based on the development of its own technology, a wide range of premium products and brands. It currently has factories on 4 continents and sells its products in more than 70 countries, in sectors as diverse as food, packaging, construction, transportation, industry and renewable energy. 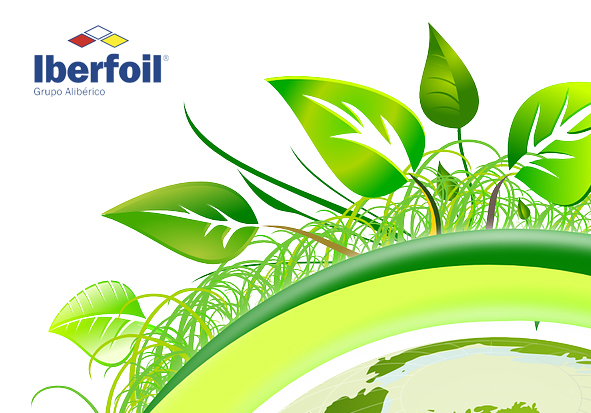 The recycling of aluminum, more and more usual

Sustainability and the importance of recycling to care of the environment has always been one of the most important points in IBERFOIL‘s culture.

According to EAFA, European Aluminium Foil Association, since the publication of the new European legislation on waste and packaging sentenced in 1994, all companies of the foil industry and consumers are increasingly aware of the importance of recycling this type of materials.

In fact, to date, the recycling rate has exceeded 50%, which is a clear success of Environmental Policies like we have in IBERFOIL, or citizen awareness campaigns.

IBERFOIL will continue to work promoting new measures in favour of recycling and increasing sustainability in its production processes. 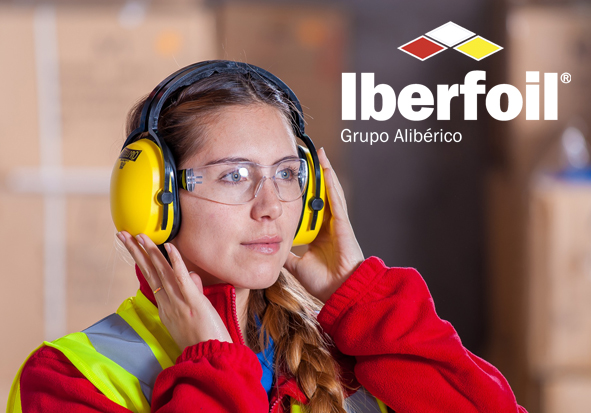 The production processes developed by IBERFOIL have been optimized with the most advanced technologies in the market coupled with an intensive training process which consistently engages personnel to obtain the best results in the rolling of aluminum foil.

As a result, our aluminum lamination processes are totally efficient and effective:
Efficient, because the results are obtained in terms of output of aluminum coils of the highest quality delivered in the shortest delivery time possible, and effective because IBERFOIL has met its objectives year after year since its creation in 2014 while growing in staff and new investments in machinery.

At IBERFOIL we strive for an efficiency and efficient production to offer high quality solutions to each of our customers.

IBERFOIL, awarded for its Corporate Excellence

On 16th November, IBERFOIL received an award for ‘Business Excellence’ presented by the Government of Aragon and received by Aurora Rodríguez, the General Manager. The award was given during the presentation of the 2016 Excellence Awards, hosted by Javier Lambán, President of Aragon.

The ceremony took place at the Congress Center of Zaragoza and gave recognition to companies that have participated the most in the development of Aragon. Among them IBERFOIL, thanks to a strong investment in machinery and training of new professionals in the area.

In addition to IBERFOIL, other companies such as Mann Hummel and Itesal were also honored in the category for the 2016 Business Excellence Awards, while General Motors received the 20th Anniversary Honor Award for Business Excellence.

The ceremony was closed by Marta Gastón, Councilor of Economy, Industry and Employment of Aragon who visited the facilities of IBERFOIL in August 2015 coinciding with the company’s first anniversary.