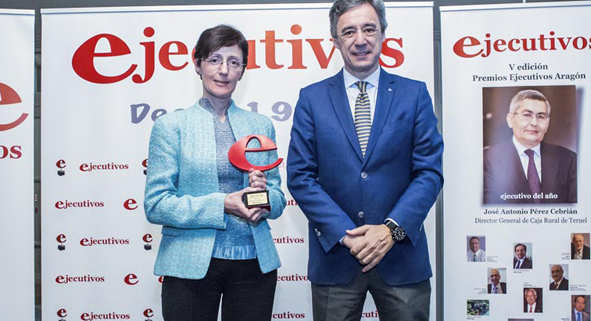 This past June 23rd in Zaragoza IBERFOIL received an award for the “Best Business and Industrial Project” awarded by “Ejecutivos” magazine. This recognition of the company is well deserved as since its inception in 2014, it has met all of its growth objective, exports 65% of its production, and employs over 100 people.

Aurora Rodriguez, general director of IBERFOIL, received the award during the ceremony of the V Edition Executives Aragon Awards held at the NH Gran Hotel in Zaragoza – chaired by Manuel Teruel, President of the Chamber of Commerce of Zaragoza and the Feria of Zaragoza.